Hi, I am working on a book at present and listing some of the bigger miracles in my life. Here

is one that is a doosey.

When my youngest, Joseph, was 14 months old he came down with what i thought was the

flu and an earache. I asked my mom to help be watch over him so i could get a little sleep, but

suddenly during the night she woke me up and said…

“Lauren, he has taken a turn for the worse. I don’t think its just a flu.”

So we both took Joseph to the doctors.

As soon as we got into the doctors office,

he said…”Your baby is dying, he has menigitis!”

“What?” I practically screamed it out. The hospital was on the next short block

so we walked him down very fast into the emergency room. I am so glad i had my mom with me for support. The doctor took him in immediately to give him a spinal tap. I wasn’t allowed in there. I couldn’t imagine how my baby felt with all strange faces looking at him, working on him and holding him down. It was so terrifying for him…going from one room to another too and I wasn’t able to hold him or explain to him. I just had to pace in the waiting room. Finally my husband arrived…and was so upset. He said…what happened? He just had an earache?

I could barely speak cause was continually frozen in fear. I did this for several days. Then the little miracles started happening.

Once i went home for an hour to rest and pray. But as soon as i laid down…the bed shook. It literally shook!

I said, to my guardian angel, “Alright, alright, I’ll go back!” I just knew it was God warning me to go back to the hospital!

Then another little miracle…. A dear lady in the waiting room prayed for me. I wept in her arms…she said, i understand because my child is paralyzed from this baby meningitis. Oh no…she is comforting me

while she is suffering so much.

Then the doctor came out again and said…we have him on several medications and its dangerous. We

must find the right one quickly….and his brain is filling up with spinal fluid. He said, two things are in

your favor. If you had brought him in sooner i would have sent him home saying he has the flu. But

you came in just in time. Second thing is most babies fontanels are closed up by 14 months but his

saw the small balloon like brain tissue filled with fluid- rising up on the top of his baby cranium. The

terrible thing was he could not have much liquids because he would cause brain damage. Only a little ice was given. So I called more friends to pray.

a child that had swallowed some toxic liquid. I was resting on my cot at the bottom of my sons bed.

She suddenly came over to my side of the room, grabbed my bible and said, what are you doing? You must get up and read…get up and read your bible. God told me the devil was trying to kill your baby.

Now i know why this happened with my child. He is fine but your baby is in trouble. Now get up and read.

I told her i hadn’t slept in days…i am exhausted. Doesn’t matter, she insisted.

So i asked…where…in the bible…she said…it doesn’t matter…its all holy…So i started to read in some familiar places I liked. I could barely stand.

HERE COMES THE BIGGEST MIRACLE OF ALL:

Then on another night like ten days later…a huge problem happened…they finally found the correct medicinal dosage but he was dehydrated and his veins collapsed. Several nurses where in the room with the doctor and my husband. I was shaking in the corner. I said, i cant take this i have to go to the chapel to pray so i grabbed the Godmother and we ran downstairs to pray.

The chapel was full and some moms were weeping. I felt like it was perhaps was an epidemic. Back then, there were no cures. It was called H-Flu…a form of meningitis for very young children. I heard later, many died, were paralyzed by it or became permanently mentally disabled.

Then as Eileen knelt and prayed with me, I heard a STILL SMALL VOICE SAY, “Pray this way…Blessed is He who comes in the name of the Lord!” I said it over and over and over. Then, after 10 minutes or so… the same voice said.

We did and when we entered the room, everything was quiet with only one nurse there fixing his IV.

I said, “Where is my husband? Where are the doctors and other nurses?”

She cocked her head and slowly responded, “Well, that’s just it, it was the darndest thing…a nurse, that I don’t know said…”Can i help? She was calm and seemed so knowledgeable and patient. We were so stressed. We told her the problem and she said…I am very good with needles. Then she put an infant size needle in your sons temple…and the medicine went right in.”

She finished up and said, now he has fluids and medicine.

I asked, “May i know the nurse’s name so i can thank her?”

She said…”That’s just it…no body knows who she is. We never saw her before on this floor!”

This story is the truth. She was either an angel or a real nurse that God sent.

Either way it was a huge miracle that saved my son’s life. Thank you Lord! And God

bless that servant of the Lord, Saint or Angel. 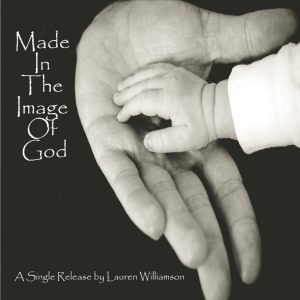 Made In The Image of God!